“When Pat was diagnosed, it was late-stage cancer and she knew that she basically had a death sentence,” Anamarie Rayburn said. Rayburn described the conversation she had with her sister following her diagnosis with stage 3C ovarian cancer in 2009. “One of the things we talked about was, what’s going to be your legacy? What did you want to do to be remembered,” Rayburn said. “She had been sick for well over a year,” Rayburn said. “We had gone to so many different doctors and no one could understand why she had early menopause. She didn’t start having a lot of the symptoms until later on.” Rayburn said Pat’s wish was to create a foundation and more awareness and knowledge of the symptoms of ovarian cancer.

“She felt that everyone needs to be their own advocate for their healthcare,” Rayburn said. “She was like the mayor of the chemo room. She’d walk around and ask everyone how they were doing and if someone said they needed help getting medication, she would try and help them.” That was how the ‘Runway for Awearness’ began. Rayburn said the first show was held at a small art gallery in the Short North in 2010. The 501(c)(3)public charity provides new gynecological cancer patient education, community awareness of the signs and symptoms of ovarian cancer and nursing scholarships. The fund also supports OhioHealth Hospice Kobacker House, where Pat spent her final days. “After Pat passed, my brother and I decided that they wanted to make it a money maker,” Rayburn said. The family began the Patricia A. DiNunzio Ovarian Cancer Fund and continued to hold the fundraising fashion show in honor of Pat.

On Sept., 22, the 12th annual ‘Runway for Aweareness will be held at The Ivory Room in Columbus. Why a fashion show? “She has always had a keen eye for fashion,” she said. “When we were younger, we’d walk through department stores and she would look at the mannequins and say, well they should have put this with that. She just had a way of dressing. She was an impeccable dresser.” Rayburn said over 12 years, they’ve raised over $450,000. Rayburn said the money raised through the foundation and fashion show have allowed the family to pour resources into places that help create more ovarian cancer awareness.

Do you know the signs and symptoms of ovarian cancer?

If you answered “no,” then you haven’t met Anamarie Rayburn.

Rayburn, 60, of Powell has made it “a labor of love” to educate and empower women facing the daunting battle with ovarian cancer. She is president of the Patricia A. DiNunzio Ovarian Cancer Fund, named for her sister, who died in 2014 after a five-year struggle with ovarian cancer. Pat DiNunzio started the fund in 2010, a few years before her death at 52.

For her 50th birthday, Rayburn and supporters organized a fashion show as a fundraiser for her “fashionista” sister. Now in its eighth year, Runway to Awearness is held each September, coinciding with Ovarian Cancer Awareness Month. It has raised more than $220,000 for women with gynecological cancers, and continues to grow.

“We knew that she was going to die from ovarian cancer, so she said, ‘I want to leave a legacy.’  That’s truly what Pat really wanted—she always wanted people to have an experience,” Rayburn said. 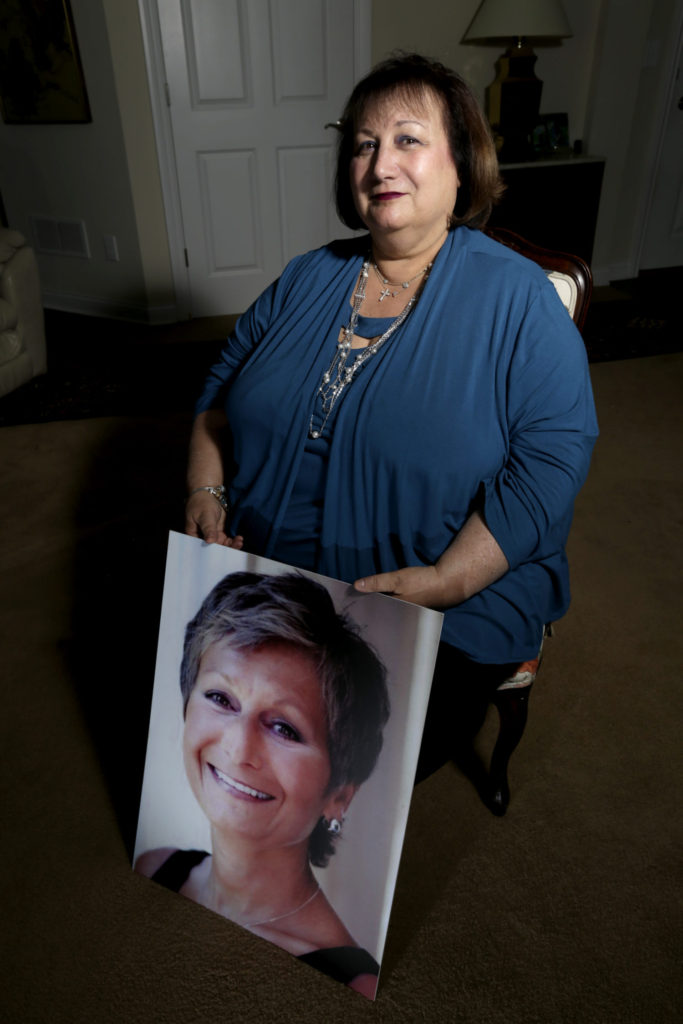